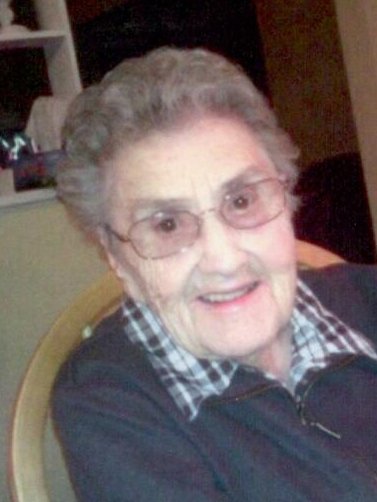 A Chautauqua County resident most of her life, having moved here from Erie, Pa., Anna and her late husband, Joseph ran a dairy farm in Portland, N.Y., on Barnes Road for many years. They then operated a fruit and vegetable farm on Onthank Road also in Portland for several more years. Anna was a dedicated homemaker and an awesome cook.

A private service arranged by the Mason Funeral Home, 37 Clinton St. Westfield, N.Y., was held by the family. Interment was in the Portland Evergreen Cemetery.

To send flowers to the family or plant a tree in memory of Anna Gligora, please visit Tribute Store
Services for Anna Gligora
There are no events scheduled. You can still show your support by sending flowers directly to the family, or planting a memorial tree in memory of Anna Gligora.
Visit the Tribute Store
Share Your Memory of
Anna
Upload Your Memory View All Memories
Be the first to upload a memory!
Share A Memory
Send Flowers