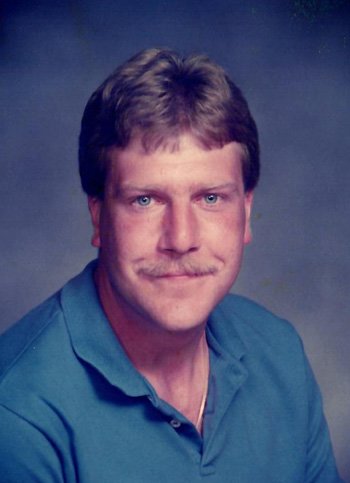 Please share a memory of Jeffrey to include in a keepsake book for family and friends.
View Tribute Book

He was a 1973 graduate of Westfield Academy and Central School. Following graduation he was employed by the former Belknap Business Forms, Inc. in Westfield. Shortly after he became an auto detailer for Raynor Chrysler Plymouth of Westfield, NY. After the closing of Raynors, Jeff became employed by the Schults Auto Group and Valone Ford in Fredonia, NY.

After being together for ten years, Jeff married Mindi Newcombe on April 15, 1989 at the First Presbyterian Church of Westfield.

Jeff coached in Westfield for over 20 years. He was a coach for Westfield Midget Football, Westfield Youth Soccer and Girls and Boys Youth Basketball.

He was an avid Yankees and Sabres fan and a faithful Buffalo Bills Fan. He collected baseball cards and participated in a fantasy football league. Over the years he played in a fast pitch softball league and a pickup basketball league. He enjoyed anything that had to do with nature. He loved gardening, ice fishing and his Canada camping trips with friends.

He was preceded in death by his parents and a brother, Thomas W. Guest.

Friends may call on Monday, October 22 from 1-3 PM at the MASON Funeral Home, 37 Clinton Street, Westfield, NY and are invited to attend the funeral service there at 3 pm with Pastor Carmen Perry officiating. A reception will follow at the American Legion in Westfield at 4 PM. Burial will be private in the Westfield Cemetery.

Memorial contributions may be made to the Sons of the American Legion Squad 327,

To light a candle, leave a message of sympathy for the Guest Family, or for more information log on to www.masonfuneral.com

To send flowers to the family or plant a tree in memory of Jeffrey Guest, please visit Tribute Store
Monday
22
October

Look inside to read what others have shared
Family and friends are coming together online to create a special keepsake. Every memory left on the online obituary will be automatically included in this book.
View Tribute Book
Share Your Memory of
Jeffrey
Upload Your Memory View All Memories
Be the first to upload a memory!
Share A Memory
Send Flowers