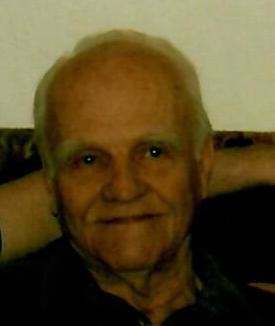 Obituary of Edgar B Chapman

Please share a memory of Edgar to include in a keepsake book for family and friends.
View Tribute Book
Edgar B Chapman, age 97, of Harborcreek, PA, formerly of Ripley, NY and North East, PA, died Monday, July 23, 2018 at the Absolut Care of Westfield, in Westfield, NY, following a brief illness. Edgar was born on December 31, 1920 in Ripley, NY, a son of the late Franklin B. and Catherine (Clark) Chapman. He graduated from Ripley Central School in 1939 and attended Bryant and Stratton Business Institute in Buffalo, NY where he earned his Associate degree in Business. He then began employment at Bell Aircraft in Buffalo. He served in the Army during World War II from 1942 to 1945. Following his enlistment, he married Ruth E Bentley on June 8, 1946 in Ripley, NY. Sadly, Ruth preceded him in death on August 14, 2013. Edgar retired from The Electric Materials Company, Production Control Department, in North East, PA, having worked there for 31 years, from 1952 until 1983. He enjoyed reading Civil War novels and was an avid bowler, bowling until he was 90 years old. Most of all he enjoyed spending time with his family and his friends. Edgar is survived by his two sons, Dennis (Jackie) Chapman of Ripley, NY and Ronald Chapman of Erie, PA , as well as by his two grandchildren, Michael (Kimberly) Chapman of North East, PA; and Andrew Chapman of Clymer, NY and by his 4 Great Grandchildren, Kody, Sophie, Grayson & Tucker all of North East. In addition to his parents and wife, Ed was preceded in death by his 3 brothers, Otis, Ralph, and Allan Chapman. At Ed's request, all Funeral Services will be held privately. Burial will be in Quincy Rural Cemetery, Ripley, NY. Memorials may be made to the Ripley Hose Co., 11 So. State St. or to the Ripley Free Library 64 W. Main St., both in Ripley, NY 14775. Funeral arrangements have been entrusted to the MASON Funeral Home, 37 Clinton St., Westfield, NY 14787. Log on to www.masonfuneral.com to end Ed's family a message of sympathy, to light a Memorial Candle, or for further information.
To send flowers to the family or plant a tree in memory of Edgar Chapman, please visit Tribute Store

At Ed's request, all Services will be private.
Online Memory & Photo Sharing Event
Online Event
About this Event

Look inside to read what others have shared
Family and friends are coming together online to create a special keepsake. Every memory left on the online obituary will be automatically included in this book.
View Tribute Book
Share Your Memory of
Edgar
Upload Your Memory View All Memories
Be the first to upload a memory!
Share A Memory
Send Flowers