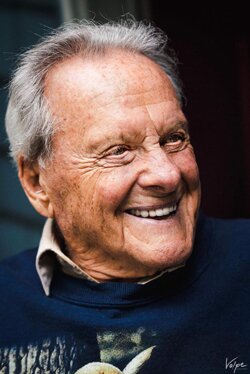 Please share a memory of Anthony to include in a keepsake book for family and friends.
View Tribute Book

He was preceded in death by a brother, James Spann, a sister, Josephine Panaro and a nephew, Thomas Spann.

Anthony graduated from Westfield Public Schools in 1939 and Canisius College in 1943. A veteran of the U.S. Marines, he served his country from 1943-1946, including one year in the South Pacific area. He received his law degree from the University of Buffalo Law School in 1953.

Admitted to practice in New York State in 1954, Mr. Spann was admitted to practice in U.S. District Court, Western District of New York, in 1958, and to the Supreme Court and U.S. Court of Appeals, Second Circuit in 1977. He had been an active civil trial lawyer in all courts, including County Court, Supreme Court and the Appellate Courts of New York State.

Anthony was a member of the St. Dominic RC Church, John W. Rogers Post # 327 American Legion, Loyal Order of the Moose Lodge #118 of Westfield and the VFW Post# 6764.

Flowers are gratefully declined. Memorial Contributions in Anthony’s memory to be made to St. Dominic RC Church.

To send flowers to the family or plant a tree in memory of Anthony Spann, please visit Tribute Store
Print
Monday
18
April