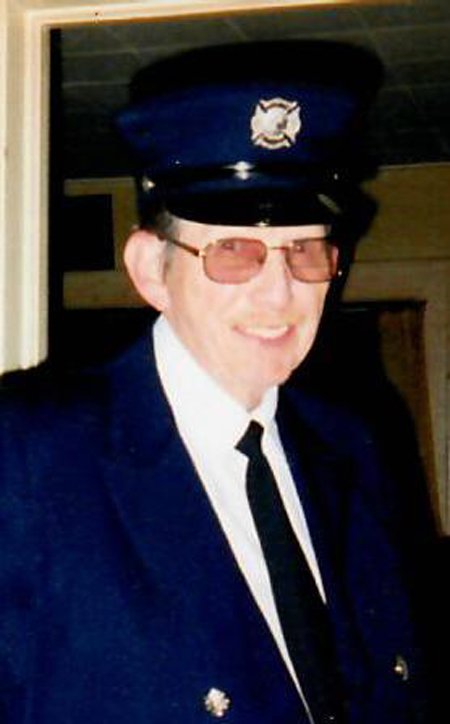 John was born on January 5, 1936, in Jamestown, NY, the son of the lateGerald H. and Ione M. (Powers) Kolpien. He was a 1954 graduate of Westfield Academy and Central Schools and attended Behrend College of Erie, Pennsylvania for 2 years until he entered the US Army serving during the Vietnam War for 6 years from 1958-1964, stationed in Germany.

John was a 53 year member of the Citizens Hose Co. of the Westfield Vol. Fire Department where he served as Company Secretary and Fire Police Captain for many years. John was a member of the Westfield Fireman’s Exempt Association and many other fire service organizations. He had been the owner and operator of the former “Gun Rack” gun store for many years.  John had been employed by the Loyal Order of Moose #118 for 21 years as a Bartender retiring in 1998.

Survivors include his wife of 39 years, Shirley (Wadsworth) Kolpien, whom he married on May 23, 1981 in Westfield, NY, and his 2 step-daughters, Vicky (Burl) Swanson and Tracy (Scott) Johnson. 5 Grandchildren and 6 great grandchildren also survive. He is further survived by his 2 sisters in law, Nancy (Richard) Shaver and Laura Jean Parment as well as several nieces and nephews.                           In addition to his parents, John was preceded in death by his step-daughter Patti Peacock.

John's wish was to donate his body to the University Of Buffalo School Of Medicine.

All services will be private. In lieu of flowers, memorials may be made in John’s name to the Northern Chautauqua Canine Rescue, 7540 North Gale St., Westfield, NY 14787.

Log on to www.masonfuneral.com to send the Kolpien family a message of sympathy, to light a Memorial Candle or for further information.

To send flowers to the family or plant a tree in memory of John Kolpien, please visit Tribute Store
Services for John Kolpien
There are no events scheduled. You can still show your support by sending flowers directly to the family, or planting a memorial tree in memory of John Kolpien.
Visit the Tribute Store
Share Your Memory of
John
Upload Your Memory View All Memories
Be the first to upload a memory!
Share A Memory
Send Flowers