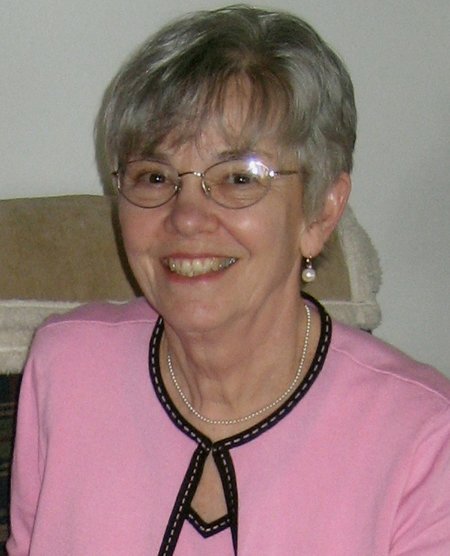 Please share a memory of Judy to include in a keepsake book for family and friends.
View Tribute Book

Judy moved to Westfield and married Donald M. Nash, Sr. on March 25, 1972. She attended St. Peter’s Episcopal Church, where she sang in the church choir and was a member of the alter guild. Judy was a frequent volunteer in the community. She delivered food for Meals on Wheels, volunteered at the Westfield Community Kitchen soup kitchen at St. Peter’s, at the Food Pantry at the Methodist church, and also at the Patterson Library. Hobbies included music, gardening, and rooting for Michigan Wolverines football (Go Blue!); she briefly played bass with the New Horizons band at Fredonia State.

Judy was an avid bridge player and enjoyed her weekly games with her bridge groups. She was a skilled gourmet cook and loved hosting large family dinners. Another love was sailing the Great Lakes with her husband, Don, and their family.

Professionally, Judy helped many people in Westfield as a registered nurse; she worked in the OR at Westfield Memorial Hospital and later for the office of Dr. Russell Elwell.

Alongside her graduation portrait in her high school yearbook was the quote, “Upon her face a pleasant smile she wore; she frowned when life required, but frowned no more.”

Due to current restrictions on social gatherings, memorial services will be announced at a later date. Contributions in Judy's memory may be made to the Westfield Memorial Hospital Foundation, 189 East Main Street, Westfield, NY 14787. Funeral arrangements have been entrusted to the Mason Funeral Home of Westfield, NY. Log on to www.masonfuneral.com to send the Nash family a message of sympathy, to light a memorial candle or for further information.

To send flowers to the family or plant a tree in memory of Judy Nash, please visit Tribute Store
Friday
18
June

Look inside to read what others have shared
Family and friends are coming together online to create a special keepsake. Every memory left on the online obituary will be automatically included in this book.
View Tribute Book
Share Your Memory of
Judy
Upload Your Memory View All Memories
Be the first to upload a memory!
Share A Memory
Send Flowers