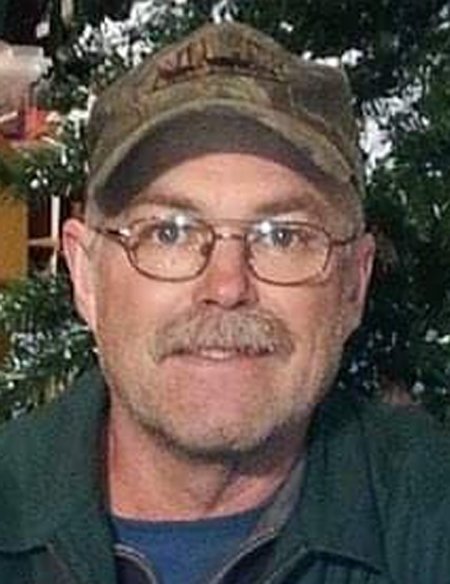 Please share a memory of Jeffery to include in a keepsake book for family and friends.
View Tribute Book

Jeffery was born on March 14, 1960, in Jamestown, NY, the son of Kenneth Woodard of Sherman, NY, and the late Janet (Starkweather) Woodard.

Jeff was a 1978 graduate of the former Chautauqua Central School and became a professional Butcher while working at the former Barcelona Red and White Market. He then was employed with Hanson Aggregates of Dunkirk for 38 years, where he was a Plant Operator. He was a member and Steward of The International Union of Operating Engineers Local 17.

Jeff was an outdoorsman who loved to hunt, fish and trap. He was an avid gardener of vegetables, flowers, as well as fruit trees. He operated a 25 acre grape farm on Munson Road where he also raised his own livestock. He was a craftsman of many trades who took pride in fixing, building and maintaining almost everything. Jeff would unselfishly leave his own projects to help others in need. He was generous, humble, kind hearted and hardworking. Above all else, Jeff's daughters and grandchildren were the love of his life. He greatly enjoyed camping by his pond "under the stars" and trips to the lake with his grandchildren. He was a loving father and grandfather.

In addition to his father, Kenneth, Jeffery is survived by his 2 daughters: Laura Woodard and boyfriend, Josh Wright of Auburn, NY, and Lynne Fay and husband, AJ Fay of Scottsville, NY. He is further survived by his brother, Kelly Woodard of Busti, NY and his sister, Jeanine Woodard also of Busti, NY, as well as, several nieces and nephews. Jeff was the very proud grandfather of Jaelyn Wright, Nolan Wright and Anthony Fay Jr.

He was preceded in death by his mother, Janet Woodard and by his sister, Karen Jordan.

Friends may call at the MASON Funeral Home, 37 Clinton Street, Westfield, NY, on Saturday, February 8, 2020 from 12:00 PM until the time of a Memorial Service there at 1 PM with Rev. Nicholas Perry officiating.

Log on to www.masonfuneral.com to send the Woodard family a message of sympathy, to light a Memorial Candle or for further information.

To send flowers to the family or plant a tree in memory of Jeffery Woodard, please visit Tribute Store
Saturday
8
February

Look inside to read what others have shared
Family and friends are coming together online to create a special keepsake. Every memory left on the online obituary will be automatically included in this book.
View Tribute Book
Share Your Memory of
Jeffery
Upload Your Memory View All Memories
Be the first to upload a memory!
Share A Memory
Send Flowers