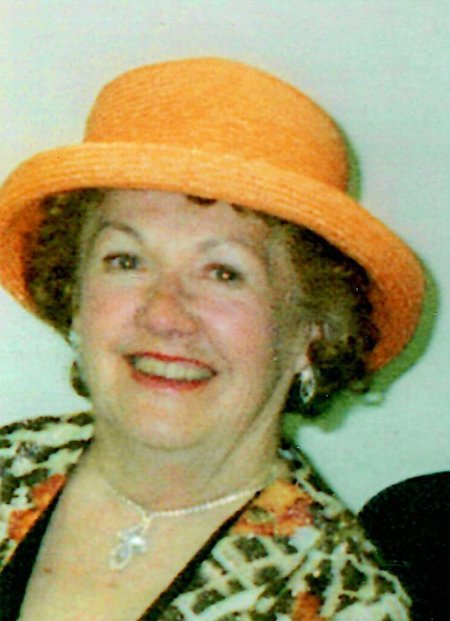 Please share a memory of Amy to include in a keepsake book for family and friends.
View Tribute Book

Amy was born in Erie, Pennsylvania on July 31, 1933, the daughter of the late Vaughn and Nona (Minier) Flewelling. She began her education at the two room, Manchester School on Route 5 in Fairview, PA, and then attended the Fairview High School, graduating in 1951.   She went on to earn a Degree in Commercial Art and a Bachelor of Arts Degree in Art Education from Edinboro University, Edinboro, PA, and a Master’s Degree in Human Resources from the State University of New York, Fredonia, NY.  She also obtained her license to sell real estate.

The center of her family life was her shared interest in farming that she enjoyed with her husband, John (Jack) Gregory.  Amy and Jack first started farming in Fairview, PA, and as their business grew, they wanted a larger farm in one location.  In 1972 they purchased a farm on Route 5 on the shores of Lake Erie, in Westfield, NY which they called Shor-Lan’s Farm.  Over 50 plus years in farming, Amy and Jack grew many types of crops including grapes and tomatoes commercially.   In conjunction with the farm they also operated Shor-Lan’s Fruit Stands where Amy, especially in her later years, could be found greeting many regular customers and friends.  She enjoyed acting as an emissary, extolling the virtues of Westfield and the Chautauqua County region with the many U.S., Canadian, and International tourists that travelled the Seaway Trail during the summer and fall of each year.

She had a passion for photography and travel and won several awards for her photography.  She was a member of the First Presbyterian Church of Westfield for many years where she served in various capacities on the Board of Deaconesses, the New Pastor Search Committee, and could be found singing in the choir.  She served as a member of the Westfield Town Planning Board.  She was a more than 25 year member of the National Grape Cooperative. She was also involved in other community organizations including the W.S.A. (Women for the Survival of Agriculture), Westfield Seniors, Westfield Hospital Auxiliary, and was a former member of the Order of the Eastern Star & Masonic Women’s Organization.

Friends may call at the MASON Funeral Home, 37 Clinton St., Westfield, NY on Tuesday, January 7, 2020 from 4 PM until 7 PM and are invited to attend her Funeral Service at the Funeral Home on Wednesday morning, January 8, 2020 at 11 AM with Rev. Dr. Shannon Smythe of the First Presbyterian Church and Society of Westfield officiating.  Burial will be private in Fairview Cemetery, Fairview, PA.

The family wishes to extend their gratitude to Chautauqua Adult Day Services, their staff, and the friends that Amy made there over the years that enriched her life and made it possible for Amy to live in her own home until her passing.

Log on to www.masonfuneral.com to send the Gregory family a message of sympathy, to light a Memorial Candle or for further information.

To send flowers to the family or plant a tree in memory of Amy Gregory, please visit Tribute Store
Tuesday
7
January

Look inside to read what others have shared
Family and friends are coming together online to create a special keepsake. Every memory left on the online obituary will be automatically included in this book.
View Tribute Book
Share Your Memory of
Amy
Upload Your Memory View All Memories
Be the first to upload a memory!
Share A Memory
Send Flowers