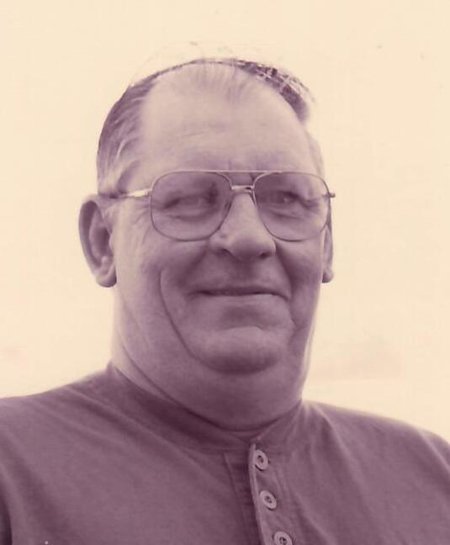 Please share a memory of Alvin to include in a keepsake book for family and friends.
View Tribute Book

Alvin was born August 6, 1935, in Portland, New York, the son of the late Levi and Mary (Shoemaker) Brumagin.

Alvin had been employed by the Pennsylvania Railroad, was a member of the IBEW local 1249, had been a Heavy Equipment Operator, owned a grape farm, had owned the former Green Arch Restaurant in Brocton and retired from the Town of Portland as Highway Superintendent in 1999. He was an avid FOX News and NASCAR fan. He legally raced Stock cars on Coon road and illegally raced on almost every other Chautauqua County roadway!

He enjoyed gardening and was known for growing his own Garlic. He spent many winters in Zephyrhills, Florida and enjoyed traveling. Alvin had been a member of the former Summit Lodge, F&AM and was a life member of the Chautauqua County Highway Superintendents Assoc.

Above all else, his family, and most importantly, his grandchildren were the love of his life.

He is survived by his wife of 62 years, Rose (Gligora) Brumagin, whom he married on August 22, 1957,  and by his daughter, Roxanne (Nick) Sobecki of Brocton  and his 2 sons, Alvin (Cheryl) Brumagin, Jr. of  Webster, NY and Steven Brumagin of Greensboro, NC, Alvin was the proud grandfather of,  Joshua (Darlene) Brumagin, Jamie (Rob) Westin, Matthew Brumagin, Jenifer (Paul) Feuer, Nicholas (Angela) Sobecki, Jackie (Casey) Krug, Abbey, Kate and Emily Brumagin as well as his 6 Great Grandchildren.  He further survived by his sister, Audrey (Chuck) Wiles of Missouri. his mother in law, Anna Gligora of Dunkirk and sister in law, Debra English of Auburn, NY and Debra’s daughter,  Amy (John) Davis and their son Tristan of Las Vegas, NV. Many nieces and nephews also survive.

In addition to his parents, Alvin was preceded in death by his brothers, James and Wayne Brumagin and his sisters, Marian Korzeniski and Bertha Parment.
Friends may call at the Tri-Church Parish, 35 East Main Street, Brocton, NY on Saturday, December 14, 2019 from 11 AM until the time of Services there at 12 noon with Pastor Clara Wilder officiating.  Private burial will be in Portland Evergreen Cemetery.
Memorials are suggested to Portland Vol. Fire Department, 6841 W Main St, Portland, NY 14769.

Funeral arrangements have been entrusted to the MASON Funeral Home, 37 Clinton St., Westfield, NY.  Log on to www.masonfuneral.com to send the Brumagin family a message of sympathy, to light a Memorial Candle or for further information.

To send flowers to the family or plant a tree in memory of Alvin Brumagin, please visit Tribute Store
Saturday
14
December

Look inside to read what others have shared
Family and friends are coming together online to create a special keepsake. Every memory left on the online obituary will be automatically included in this book.
View Tribute Book
Share Your Memory of
Alvin
Upload Your Memory View All Memories
Be the first to upload a memory!
Share A Memory
Send Flowers