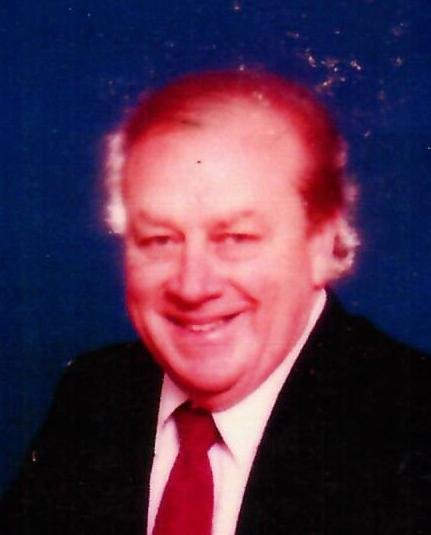 Please share a memory of Angelo to include in a keepsake book for family and friends.
View Tribute Book

Angelo was born on January 13, 1927, in Westfield, New York, the third son of the late Angelo and Mary (Giordano) LaChiusa.

He was a graduate of Westfield Academy and Central School and joined the US Army serving during WW II as a Cartographer in the Mechanized Cavalry attaining the rank of Sergeant.  He met and married the love of his life, Bettie June Strickland through their common High School Art teacher. Angelo had been a longtime supporter of the arts and was himself, and avid painter and sculptor in his later years. He was a member of St. Dominic Roman Catholic Church of Westfield.

Angelo had been the co-owner of Norge Village Dry Cleaners and Launderette business, located on Main Street in Westfield along with his brothers, Louis and Arthur. He then became a salesman for Southwestern New York Distributing, a vendor of Laundromat supplies until his retirement.

Survivors include his Son, Dino LaChiusa and his wife Fengie of Boston MA and his Daughter, Angela Kae LaChiusa-Kent and her husband Todd of Jamestown NY. Angelo was the proud grandfather of, Christopher A. (Corrine) Case of Lakewood NY, Michelle E. Case of Buffalo NY and Allison M. Newton of Niagara Falls NY; As well as the very proud great grandfather of, Cameron and Caroline Case, Maria Bettina Cosarco and Dominic Case.  He is further survived by his brother, Arthur LaChiusa.

Angelo was preceded in death by his love of more than 67 years, Bettie (Strickland) LaChiusa, whom he married on Sept. 27, 1952 and who died on Oct. 17, 2019, as well as by his daughter, Bettina Marie (LaChiusa) Case, and his brothers, Joseph, Salvatore "Sy", and Louis LaChiusa.
At Angelo's request, no visitation will be observed. Friends are invited to attend a Graveside Service in the Chapel of St. James Cemetery, East Main St., Westfield, NY on Thursday, Dec. 5, 2019 at 11 AM with Fr. Romeo Hontiveros officiating.

If you would like to support Angelo's passion for the arts, please consider a Donation in his name to The Lakeshore Center for the Arts, 49 So. Portage St., Westfield, NY 14787.

Log on to www.masonfuneral.com to send the LaChiusa family a message of sympathy, to light a Memorial Candle or for further information.

To send flowers to the family or plant a tree in memory of Angelo LaChiusa, please visit Tribute Store
Thursday
5
December

Look inside to read what others have shared
Family and friends are coming together online to create a special keepsake. Every memory left on the online obituary will be automatically included in this book.
View Tribute Book
Share Your Memory of
Angelo
Upload Your Memory View All Memories
Be the first to upload a memory!
Share A Memory
Send Flowers