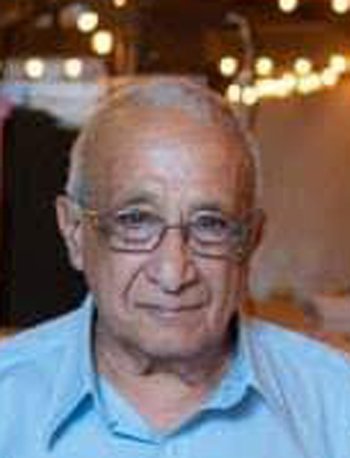 Please share a memory of Angelo to include in a keepsake book for family and friends.
View Tribute Book

Angelo was born on August 22, 1939 in Westfield, NY, the son of the late Dominic J. and Angeline (Gizzi) Bova.

He had been a Westfield resident all his life and had been employed by the former Vine City Dairy as a Plant Operator and later as a laborer for General Electric in Erie, PA from 1966 until his retirement in 1995.

He is survived by his 2 sisters, Jane (William) Gonzalez of Westfield and Carrie (late Robert) Tracy of Angola, NY as well as his 7 nieces and nephews that include, Angela Johnston, Judy Gonzalez-Wilson, Mary Woodworth, William Gonzalez, Michael Tracy, Richard Tracy and Susan Tighe. Angelo is further survived by his constant canine companion Cookie, whom he loved dearly and by his special friend, Debbie Beers of Westfield.

Friends may call from 2PM - 4PM and 7PM - 9PM on Thursday, October 3, 2019 at the MASON Funeral Home, 37 Clinton St., Westfield, NY and are invited to attend the Mass of Christian Burial on Friday, October 4, 2019 at 11 AM at St. Dominic Roman Catholic Church, 15 Union St., Westfield with Fr. Romeo Hontiveros officiating.  Burial will be in St. James Cemetery, Westfield.
Memorial contributions in Angelo's name may be made to St. Marys School for the Deaf, 2253 Main St., Buffalo, NY 14214.

Log on to www.masonfuneral.com to send the Bova family a message of sympathy, to light a Memorial Candle or for further information.

To send flowers to the family or plant a tree in memory of Angelo Bova, please visit Tribute Store
Thursday
3
October

Look inside to read what others have shared
Family and friends are coming together online to create a special keepsake. Every memory left on the online obituary will be automatically included in this book.
View Tribute Book
Share Your Memory of
Angelo
Upload Your Memory View All Memories
Be the first to upload a memory!
Share A Memory
Send Flowers