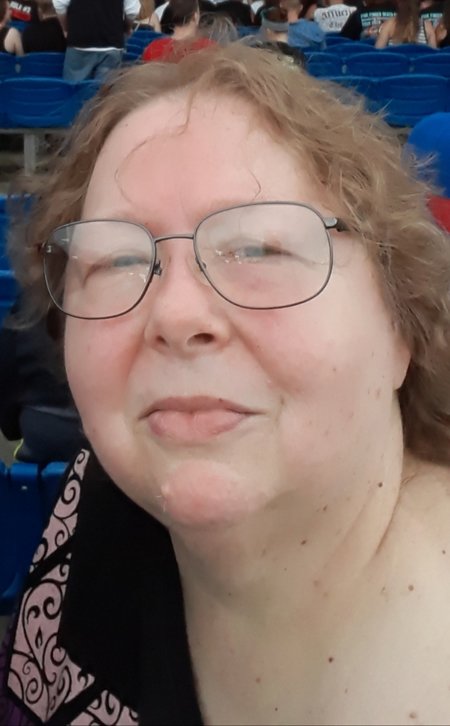 Obituary of Shirley A Reardon

Please share a memory of Shirley to include in a keepsake book for family and friends.
View Tribute Book

WESTFIELD - Shirley A. (Kramer) Reardon, 68, of Jefferson St., Westfield, passed away Saturday, June 22, 2019, at home surrounded by her family following a brief illness.

Shirley was born on November 12, 1950, in Westfield, NY, the daughter of the late Ivan James Kramer and the late Blanche (Nusom) Kramer Graham.

She had been employed by Better Baked Foods, Westfield facility, for over 30 years as a Line Leader and retired from the Finishing Department.

Shirley was an avid reader who liked to crochet. She watched many shows on PBS. She was an avid Play Station gamer and was known to her grandchildren as the "Rockin' Grandma" for her love of all types of music from John Denver to classic rock,  especially the German rock band, Rammstein and the band, 5 Finger Death Punch. Shirley enjoyed spending time with her family on vacations and camping in their "pop-up".  She had a passion for amusement parks and was huge fan of Roller Coasters.

Survivors include her husband of 51 years, L. Dennis Reardon, whom she married May 11, 1968, and their two daughters, Yolanda Reardon and Leonie "Binki" (Ray) Huch, all of Westfield.  Shirley was the proud grandmother of, Bradley Eddy, Ryan Eddy, Emma Luczkowiak, and Erin Elder, and great grandmother of Lakoda.  She is further survived by her sisters, Linda Reardon of Westfield, Brenda Lindholme of Buffalo, NY and Cheryl Smith of Mayville; as well as her step-brother, Richard Graham of Georgia.

In addition to her father, Ivan Kramer, she was preceded in death by her mother Blanche Graham and her step-father Milton Graham, and by her beloved nephew, Carl Reardon.

Memorial contributions may be made to Northern Chautauqua Canine Rescue, 7540 N. Gale St., or to the Westfield Stray Cat Rescue, 59 East Main St., both in Westfield, NY 14787

Log on to www.masonfuneral.com to send the Reardon family a message of sympathy, to light a Memorial Candle or for further information.

To send flowers to the family or plant a tree in memory of Shirley Reardon, please visit Tribute Store
Thursday
27
June

Look inside to read what others have shared
Family and friends are coming together online to create a special keepsake. Every memory left on the online obituary will be automatically included in this book.
View Tribute Book
Share Your Memory of
Shirley
Upload Your Memory View All Memories
Be the first to upload a memory!
Share A Memory
Send Flowers