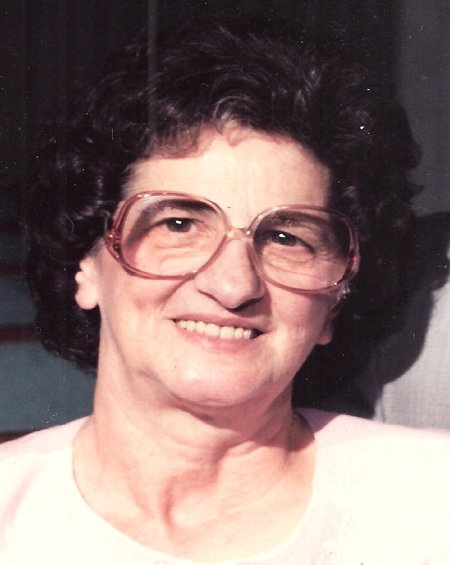 Please share a memory of Catherine to include in a keepsake book for family and friends.
View Tribute Book

Catherine was born on July 4, 1926, in Wesleyville, PA, a daughter of the late Rocco and Josephine (Campanella) Andronica.

She graduated from Strong Vincent High School of Erie, PA in 1944, where she earned a Championship in Tennis.  She learned to play the saxophone at the Erie Conservatory of Music, and later taught herself to play the piano and organ.  Her first job was at G.C. Murphy followed by others in retail sales.

Catherine and Joseph LaPorte were wed on November 11, 1945, whereupon she moved to Westfield to begin her married life and raise their five children.  During their marriage of 46 years, they owned LaPortedale Farms, raising cattle and growing grapes for Welch’s.  They established their first farm equipment dealership early in their marriage, and many years later joined with their sons Sam and Tom to form LaPorte Farm Equipment, Inc. on Prospect Road.  Finally, they purchased LaPorte Chevrolet, Inc. (Joe’s dream).  Cathy was always at Joe’s side, a loving wife and wonderful mother.

She always wanted to own a dress shop and was delighted to acquire “Sincerely Yours” which she owned for six years.  She served as President of the Westfield-Barcelona Chamber of Commerce and was involved in many civic and service activities in the community.

A member of Lakeshore Assembly of God, Cathy was a devoted woman of faith.  Her ministries in the church included:  Sunday School Teacher, Sunday School Superintendent, Musician, Youth Leader, Keenagers (Seniors Group) Leader, Women’s Ministry President and Prayer Chain Ministry Coordinator.  Shortly after becoming a widow, she initiated a group called “Single Again”, inviting those who were heartbroken to have dessert, coffee and to share and heal.  In addition, she personally discipled, mentored and counseled countless family and friends ~ usually over a cup of coffee.

Cathy leaves a legacy of faith, grace, beauty, kindness, genuine caring and service.  Her hospitality was legendary, as folks from all walks of life, all ages, Pastors, Missionaries and renown speakers from all over the world, were seated at her table.  Her Chicken Soup, cheerfully delivered to those in need, was famous!

She was preceded in death by her husband, Joseph; her parents, Rocco and Josephine; her step-father, Eugenio Cervero; one brother, Joseph Andron;  two sisters, Elizabeth DeSantis and Frances Gligora; and two step-sisters, Manuella Buzzanco and Katie LaPlaca.

Interment will be in Westfield Cemetery.

Memorials made to Lakeshore Assembly of God, and the Westfield Memorial Hospital Foundation (189 East Main Street, Westfield, NY 14787) will be greatly appreciated by the family.

Catherine’s children wish to express their sincere appreciation to all those friends and family members who have been so gracious, kind, caring encouraging and supportive during her illness.  You have surrounded them with love and they wish for you the richest blessings in return.

Log on to www.masonfuneral.com to send the LaPorte family a message of sympathy, to light a Memorial Candle or for further information.

To send flowers to the family or plant a tree in memory of Catherine LaPorte, please visit Tribute Store
Friday
28
June

Look inside to read what others have shared
Family and friends are coming together online to create a special keepsake. Every memory left on the online obituary will be automatically included in this book.
View Tribute Book
Share Your Memory of
Catherine
Upload Your Memory View All Memories
Be the first to upload a memory!
Share A Memory
Send Flowers