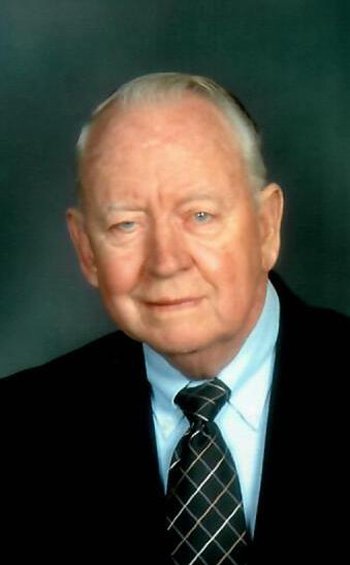 Please share a memory of Herbert to include in a keepsake book for family and friends.
View Tribute Book

He grew up in Ripley, New York and graduated from Ripley Central School. Upon graduation, Mr. Barber served two terms in the U.S. Army and earned a B.S. degree in Agricultural Economics from Cornell University.

His 29 year career with National Grape Co-operative included Field Department assignments in NY, PA, OH, AR, MO and 13 years as Area Manager of member relations for Washington/Oregon where he also managed the operation of the world's largest Concord grape vineyard, owned by Welch's. He relocated to Westfield and became Director of Field Services General Manager of the Co-op and a Vice President of Welch Foods.

He was past chairman of the Washington State Pesticide Advisory Board, a member of the American Legion and of Praise Cathedral Church of God of North East, P.A.
Mr. Barber founded his own, family owned Industrial Food Brokerage business, Herb Barber & Sons Food Brokers, in 1982 and with his Sons, Van, Mark and wife Joan, ran the business until his death.
Survivors include his wife of 65 years, Joan (Barden) Barber, whom he married on June 5, 1954, his 2 sons, Craig (Lisa) Barber and Van (Christine) Barber all of Westfield, Herb was the proud grandfather of, William Barber, Kailee Barber, Alyssa (John) Bouquin, Kristen (Bobby) Afionis, Stephanie Arkelian, Leah (Adam) Cornell and Chelsea Barber, as well as his 9 Great Grandchildren. He is further survived by his sister, Myrna (Charles) Zohns of Erie, PA and several nieces and nephews.

In addition to his parents, Herb was preceded in death by his son, Mark A. Barber and his step-mother Martha Barber.

Friends may call from 6:00 PM - 8:00 PM on Wednesday, June 19, 2019 at the MASON Funeral Home, 37 Clinton St., Westfield, NY and are invited to attend the Funeral Service there at 1:00 PM on Thursday, June 20, 2019 with Rev. Michael Grove of the Praise Cathedral Church of God officiating. Private burial will be in Mina Cemetery.
Memorial contributions in Herbert's memory may be made to Praise Cathedral Church of God, 5335 Station Rd., North East, PA 16428 as well as Charity of Choice.

Log on to www.masonfuneral.com to send the Barber family a message of sympathy, to light a Memorial Candle or for further information.

To send flowers to the family or plant a tree in memory of Herbert Barber, Jr., please visit Tribute Store
Wednesday
19
June

Look inside to read what others have shared
Family and friends are coming together online to create a special keepsake. Every memory left on the online obituary will be automatically included in this book.
View Tribute Book
Share Your Memory of
Herbert
Upload Your Memory View All Memories
Be the first to upload a memory!
Share A Memory
Send Flowers