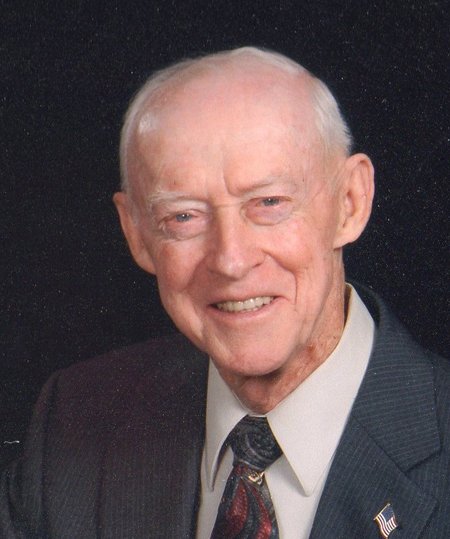 Please share a memory of Lt. Col. Melvin to include in a keepsake book for family and friends.
View Tribute Book

WESTFIELD - Lt. Col. Melvin L. Allen, USAF, Ret., age 86, of Westfield, passed away on Tuesday, May 21, 2019, at St. Vincent Hospital of Erie, PA, following a brief illness surrounded by family.
Melvin was born on April 18, 1933, in Jamestown, NY, a son of the late Burke and Bertha (Adams) Allen.
Melvin, known as Mel, graduated from Falconer High School then entered pilot training for the Air Force following in his older brother, Burke’s, footsteps.  After receiving his wings, he returned to Westfield to marry his sweetheart, Judy Tubbs. During his service in the Air Force he later earned his Bachelor's Degree in Aeronautical Engineering from the University of Oklahoma. Mel had enjoyed a distinguished 20 plus year career in the United States Air Force as a pilot of multiple jet aircraft including the F-4 Phantom II. He served through multiple conflicts including the Cuban Missile Crisis and Vietnam War. While accruing hundreds of hours of combat time in Thailand, his most memorable event was his participation in a combat search and rescue of downed aircrew members in hostile territory. Mel was later selected to attend the NATO defense college in Rome, Italy where he and his family attended a special audience with Pope Paul.  After graduation he was assigned to Athens, Greece where one notable evening he dined with the Greek President. Upon his retirement, he moved his family to Westfield and purchased a vineyard that he and his wife operated for many years. He was an accomplished carpenter that renovated his house as well as his in-law’s.
Mel was a devoted member of the First United Methodist Church of Westfield, where he served in all aspects of the church including leadership roles as Trustee, Lay Leader and Treasurer. He could be found most days taking care of the church and its grounds. Mel was an avid and accomplished golfer winning multiple tournaments.  He loved to watch his alma mater, the University of Oklahoma Sooners, Buffalo Bills and Yankees games. On Friday nights he could be seen kicking up his heels line dancing and square dancing. Later in life, he and Judy spent their winter months traveling and enjoying the southern weather.
Survivors include his wife of 63 years, Judith (Tubbs) Allen, whom he married on Nov. 26, 1955, his three sons, Stephen Allen of Westfield, Brian Allen of San Marcos, TX, and Mark Allen of Westfield and his one daughter, Kristi Oller of Centreville, VA. Mel was the very proud grandfather of Eric, Rachel, Scott, Bridget, Erin, Natalie and Ashley. He is further survived by his twin brother, Samuel Allen of CA.
In addition to his parents, Mel was preceded in death by his brother, Burke Allen, (MIA, WW II) and by his sisters, Mary Walker, Dora Elliot and Ginny Barnes.

Friends may call from 6:00 PM - 8:00 PM on Friday, May 24, 2019 at the MASON Funeral Home, 37 Clinton St., Westfield and are invited to attend the Funeral Service on Saturday morning, May 25, 2019 at 11:00 AM at the First United Methodist Church of Westfield. Burial with Military Honors will be private in Westfield Cemetery.

Memorial contributions may be made to Wings Flights of Hope, P.O. Box 872, Orchard Park, NY, 14127 or to the First United Methodist Church of Westfield, 101 East Main St., Westfield, NY 14787.
Log on to www.masonfuneral.com to send the Allen family a message of sympathy, to light a Memorial Candle or for further information.

To send flowers to the family or plant a tree in memory of Lt. Col. Melvin Allen, USAF Ret., please visit Tribute Store
Friday
24
May

Look inside to read what others have shared
Family and friends are coming together online to create a special keepsake. Every memory left on the online obituary will be automatically included in this book.
View Tribute Book
Share Your Memory of
Lt. Col. Melvin
Upload Your Memory View All Memories
Be the first to upload a memory!
Share A Memory
Send Flowers