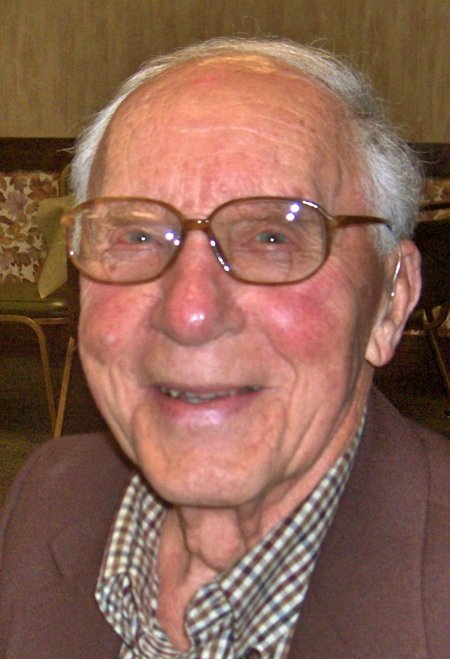 Please share a memory of Andrew to include in a keepsake book for family and friends.
View Tribute Book

Andy was a graduate of South Fayette High School in Pittsburgh and attended Purdue University. He proudly served in the US Navy during WW II attaining the rank of Shipfitter 3rd Class.

A Westfield resident since 1951, Andy moved here and began farming grapes, as well as tomatoes and sweet corn which he sold throughout Chautauqua County and into Pennsylvania.  He had also been a dairy farmer.  In the mid 1960s, Andy and his late wife, Mary, converted a portion of the farm land into Pinehurst Golf Course. Together, they ran the golf course until their retirement in 2001.

Andy was an avid sports fan.  He was a fan of any sport of the University of Notre Dame, the Pittsburgh Pirates, as well as the Buffalo Bills and Buffalo Sabres. He enjoyed golf and playing cards. However, Andy’s main joy was spending time with his family and his friends.

Andrew was a member of St. Dominic Roman Catholic Church of Westfield as well as the Wm. P. Jackway VFW Post 6764 and the Loyal Order of Moose, #118 both in Westfield.

Survivors include his 4 Sons, Michael A. (Theo) Portman and Thomas J. (Deborah) Portman both of Westfield, David G. (Kathie) Portman of Cincinnati, OH, and Christopher P. (Carol) Portman of Downers Grove, IL and his 1 Daughter, Mary Ellen (Joe) Mike of North East, PA. Andy was the proud grandfather of Michael P. Portman, Stephen M. Portman, Laura A. (Chad) Schofield, David B. Portman, Erin M. Portman, Katherine A. Portman, and great grandfather of Lanie, Cal and Claire Schofield.  He is further survived by several Step Grandchildren and many Great Grandchildren as well as his brother, William Portman.

In addition to his parents and wife, Andy was preceded in death by his infant children, William P. and Karen M. Portman and by his brothers, Joseph, Edward and Leo and his sisters, Rita, Lucille, Dorothy, Mary, Anna Mae and Ruth.

Friends may call at the MASON Funeral Home, 37 Clinton St., Westfield, NY on Friday, April 5, 2019 from 6-8 PM and are invited to attend the Mass of Christian Burial at 11:00 AM on Saturday, April 6, 2019 at St. Dominic Roman Catholic Church, 15 Union St., Westfield, NY with Fr. Romeo Hontiveros and Fr. Daniel Fiebelkorn officiating.  Burial with Military Honors will follow in St. James Cemetery.

Memorial contributions in Andrew's memory may be made to the Erie VA Hospice and Palliative Care Program (Unit 5), 135 East 38th St., Erie, PA 16504.

Log on to www.masonfuneral.com to send the Portman family a message of sympathy, to light a Memorial Candle or for further information.

To send flowers to the family or plant a tree in memory of Andrew Portman, please visit Tribute Store
Friday
5
April

Look inside to read what others have shared
Family and friends are coming together online to create a special keepsake. Every memory left on the online obituary will be automatically included in this book.
View Tribute Book
Share Your Memory of
Andrew
Upload Your Memory View All Memories
Be the first to upload a memory!
Share A Memory
Send Flowers