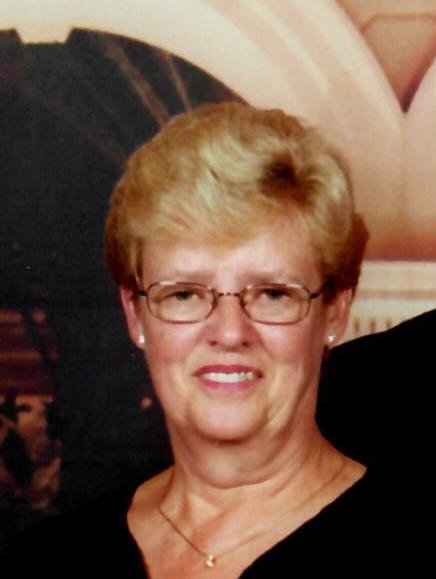 Please share a memory of Judith to include in a keepsake book for family and friends.
View Tribute Book

Judith was born on November 5, 1942 in Jamestown NY, a daughter of the late Harvey and Jennie (Johnson) James.  She had been a Chautauqua County Resident most all her life.  On July 15, 1961 she married the love of her life, Keith F. Matteson in Falconer, NY; sadly, Mr. Matteson preceded her in death on August 10, 2013 after 52 years of marriage.

Judith had been employed by the Brocton Central School District in the Cafeteria for many years and had been the Secretary and Receptionist for her son’s Chiropractic Practice, Matteson Chiropractic in Lakewood, NY for over 10 years.  Judith was a devoted wife, mother and grandmother, who supported her family in all of their endeavors. She was a dedicated homemaker who enjoyed working in her yard and gardening. Judith also enjoyed playing Pinochle and Bridge with her friends, as well as dancing, especially the Jitterbug, when time would permit.  In retirement, Judith and Keith enjoyed traveling and warmer climates.

In addition to her parents and husband, Judith was preceded in death by her brother, Dennis James.

Friends may call on Saturday, May 25, 2019 at the MASON Funeral Home, 37 Clinton St., Westfield, NY from 3 PM until 4 PM and are invited to attend the Memorial Services there at 4 PM.  Burial will be private in Westfield Cemetery.

Log on to www.masonfuneral.com to send the Matteson family a message of sympathy, to light a Memorial Candle or for further information.

To send flowers to the family or plant a tree in memory of Judith Matteson, please visit Tribute Store
Saturday
25
May

Look inside to read what others have shared
Family and friends are coming together online to create a special keepsake. Every memory left on the online obituary will be automatically included in this book.
View Tribute Book
Share Your Memory of
Judith
Upload Your Memory View All Memories
Be the first to upload a memory!
Share A Memory
Send Flowers