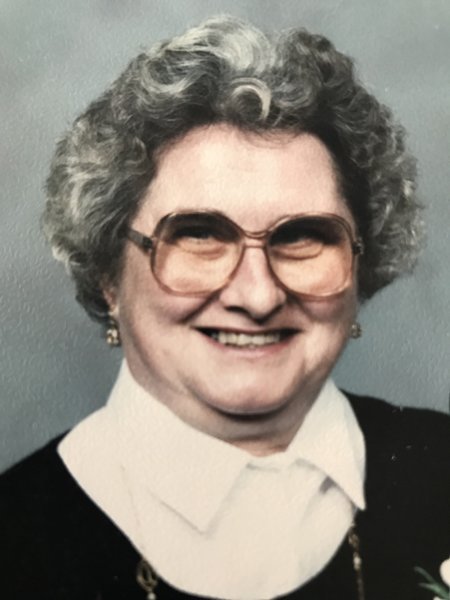 Obituary of Diana B. Parker

Please share a memory of Diana to include in a keepsake book for family and friends.
View Tribute Book

Diana was a 1952 graduate of Westfield Academy and Central School. Following graduation, she had been employed by the former Ajax Flexible Coupling Company for several years.  Diana had also worked alongside her family on the family Grape Farm on McKinley Road in Westfield for many years.  She enjoyed baking, canning, gardening (vegetables and flowers) and was an avid reader.  Diana was a devoted wife, mother, grandmother and great grandmother.  She cherished the time she spent with her family.

She was preceded in death by her first Husband, Edward Ralph Work, Sr. and by her step-daughter, Anita Diana Parker.

Friends may call on Monday, February 18, 2019 at the MASON Funeral Home, 37 Clinton St., Westfield, NY from 11 am until 1 PM. A time to share memories and remembrances will immediately follow at the funeral Home.  Burial will be private in Westfield Cemetery.

Memorial contributions may be made to the Mayville Fire Department and Rescue Squad, PO Box 2, Mayville, NY 14757 or to Hospice of Chautauqua County, 20 West Fairmont Ave., Lakewood, NY 14750.

Log on to www.masonfuneral.com to send the Parker family a message of sympathy, to light a Memorial Candle or for further information.

To send flowers to the family or plant a tree in memory of Diana Parker, please visit Tribute Store
Monday
18
February

Look inside to read what others have shared
Family and friends are coming together online to create a special keepsake. Every memory left on the online obituary will be automatically included in this book.
View Tribute Book
Share Your Memory of
Diana
Upload Your Memory View All Memories
Be the first to upload a memory!
Share A Memory
Send Flowers