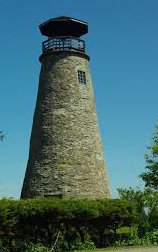 Please share a memory of John to include in a keepsake book for family and friends.
View Tribute Book

John attended school in Barcelona and graduated from Westfield Academy. He served in the Army Air Forces from 1943 to 1946 during World War II.  He had been a Commercial Fisherman on Lake Erie for many many years. Prior to owning his own Fishing Boat, he ran Monroe's Marina in Barcelona with his late brother, Duff".  John enjoyed the outdoors and the many dogs he had over the years.

John's request was for all of his services to be private.

Memorials may be made in John’s name to a The Northern Chautauqua Canine Rescue, 7540 North Gale St. or to the Westfield Stray Cat Rescue, 61 Academy St., both in Westfield, NY 14787.

Log on to www.masonfuneral.com to send the Monroe family a message of sympathy, to light a Memorial Candle or for further information.

To send flowers to the family or plant a tree in memory of John Monroe, please visit Tribute Store
Online Memory & Photo Sharing Event
Online Event
About this Event

Look inside to read what others have shared
Family and friends are coming together online to create a special keepsake. Every memory left on the online obituary will be automatically included in this book.
View Tribute Book
Services for John Monroe
There are no events scheduled. You can still show your support by sending flowers directly to the family, or planting a memorial tree in memory of John Monroe.
Visit the Tribute Store
Share Your Memory of
John
Upload Your Memory View All Memories
Be the first to upload a memory!
Share A Memory
Send Flowers