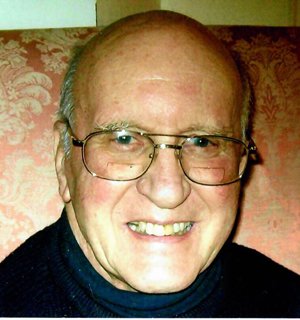 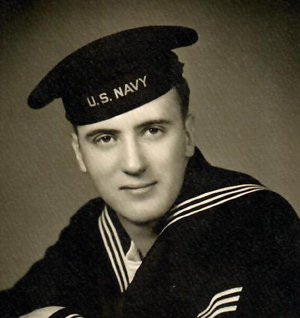 Please share a memory of Sydney to include in a keepsake book for family and friends.
View Tribute Book

Syd was a 1949 graduate of Jamestown High School and was a member of the Braw Caddie Clan Fraternity. Following graduation he served his Country with the U.S. Navy during the Korean War until 1953 aboard the USS Wasp CVA 18 as a 1st Class Boatswain’s Mate in charge of the 3rd Division. He received 6 commendations including the Good Conduct Medal in 1952.

Once Syd was honorably discharged of his duties serving his Country, he obtained an A.A.S. and B.S. in printing from the Rochester Institute of Technology in 1956.

He had been employed by Ace Offset in NYC for many years and retired from Mid Eastern Printing of Brookfield, CT as a Platemaker Supervisor in 1989.

Syd was a 4th generation direct descendent of Col. Henry Baker, an early Jamestown pioneer and settler, after whom Baker Park and Baker Street were named.

He was a lifelong collector of Jamestown and Chautauqua Lake and County memorabilia. He donated 75 scrapbooks dating back from the 1930s to the present, along with steamboat memorabilia to the Oliver Archives Center in the Chautauqua Institution. Several of his photos have been included in various books and publications. Syd has also donated extensively to the Fenton History Center and Library, the Bemus Point, Chautauqua County, Randolph, Albany, NY and Brookfield Historical Societies as well as the Salamanca Rail Museum.

In addition to his parents, he was preceded in death by his step-father, John Hilding Larson, and his Grandmother, Ida Marie (Suderquist)  Wallen.

In lieu of flowers, the family suggests memorial contributions be made to St. Paul’s Church in Mayville or to a charity of one’s choice.

To leave Syd’s family a message of sympathy or to light a Memorial Candle, please log on to www.masonfuneral.com.

To send flowers to the family or plant a tree in memory of Sydney Baker, please visit Tribute Store
Saturday
5
January

Look inside to read what others have shared
Family and friends are coming together online to create a special keepsake. Every memory left on the online obituary will be automatically included in this book.
View Tribute Book
Share Your Memory of
Sydney
Upload Your Memory View All Memories
Be the first to upload a memory!
Share A Memory
Send Flowers