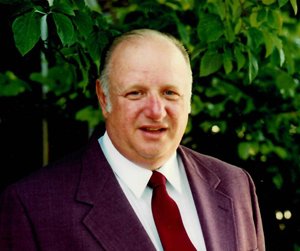 Please share a memory of Theodore to include in a keepsake book for family and friends.
View Tribute Book

He was born April 26, 1945 in Westfield, NY. a son to Agnes (Saunders) Winkelman and the late Stanley Winkelman.

Ted was a graduate of Westfield Academy and Central School Class of 1963. Following graduation he attended college until he was drafted by the United States Army serving his Country during the Vietnam Era from 1966 until 1968

Mr. Winkelman was a construction engineer for over 45 years for various firms before retiring in 2007 from C&R Construction of Frewsburg, NY.

Ted had a love for bowling, golf, fishing, and hunting. He had been a Hunter Safety Instructor for New York State. He was a Life Member of the Westfield Fish and Game Club and a member of the Loyal Order of Moose Lodge # 118 both in Westfield, NY.

Most of all, Ted enjoyed spending time with his loving family.

He is survived by his mother Agnes (Saunders) Winkelman ,his two sisters: Sally (Ron) Catalano and Carol (Alan) Korinek both of Westfield, NY, and one brother Troy (Clara) Winkelman also of Westfield, NY. Several nieces and nephews also survive.

In addition to his father, Ted was preceded in death by an infant brother, Jack Winkelman.

To leave Ted’s family a message of sympathy or to light a Memorial Candle, please log on to www.masonfuneral.com

To send flowers to the family or plant a tree in memory of Theodore Winkelman, please visit Tribute Store
Saturday
29
June

Look inside to read what others have shared
Family and friends are coming together online to create a special keepsake. Every memory left on the online obituary will be automatically included in this book.
View Tribute Book
Share Your Memory of
Theodore
Upload Your Memory View All Memories
Be the first to upload a memory!
Share A Memory
Send Flowers