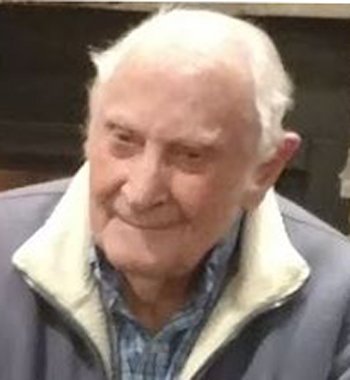 Please share a memory of Allen to include in a keepsake book for family and friends.
View Tribute Book

Allen who preferred to be called Rod was born on September 12, 1924 in Westfield the eldest son of the late Gleason Janes and Ethel (Rouse) Jaynes.

Rod had been a Westfield resident all his life, until moving to an assisted living facility in Berea, Ohio following the passing of his wife Lorraine in 2016.  Rod served in the Army during World War II from March of 1943 to February of 1946.  He retired from the US Postal Service in 1989 after 34 years of service.  He was an active member of the First Baptist Church of Westfield where he sang in the Choir and served as a Deacon. Rod enjoyed photography, boating, cars and motorcycles. But most of all, Rod cherished his family.

Rod married Lorraine DuChaine on New Year’s eve 1946-1947 in Westfield. They were married for 69 years, always referring to their Wedding date as January 1, 1947.

In addition to his parents and wife, Rod was preceded in death by his brother Gordon Jaynes.

Friends may call on Friday, December 28, 2018 from 11 AM - 1 PM at the MASON Funeral Home, 37 Clinton Street, Westfield, NY. All other Funeral Services will be private. Burial will be in Westfield Cemetery.

Memorials may be made to Westfield Cemetery Association, P.O. Box 507, Westfield, NY 14787.

Log on to www.masonfuneral.com to send the Jaynes family a message of sympathy, to light a Memorial Candle or for further information.

To send flowers to the family or plant a tree in memory of Allen Jaynes, please visit Tribute Store
Friday
28
December

Look inside to read what others have shared
Family and friends are coming together online to create a special keepsake. Every memory left on the online obituary will be automatically included in this book.
View Tribute Book
Share Your Memory of
Allen
Upload Your Memory View All Memories
Be the first to upload a memory!
Share A Memory
Send Flowers