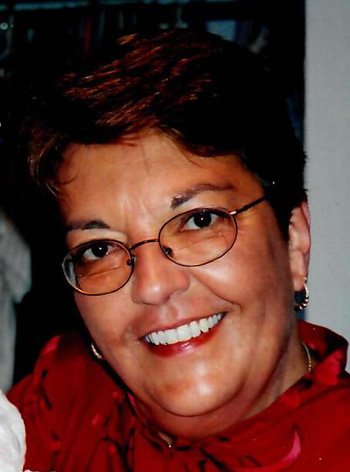 Please share a memory of Paula to include in a keepsake book for family and friends.
View Tribute Book

Paula was born May 2, 1948 in Gloversville, NY to the late Donald C. Shepard and Barbara M. (Shults) Shepard Hunt of Westfield.

Paula moved to Westfield in 1957 and graduated from Westfield Academy and Central School in 1966.  She married her high school sweetheart, John, in 1968 before his tour in Vietnam and spent the next 20 years living and traveling all over the world while caring for her family during John’s Air Force Career.

Paula returned to Westfield in 1987 and worked at Welch Foods and in the business office at WACS prior to her retirement in 2006.  Paula was very active in the community, having served on the WACS School Board and as the treasurer of the Westfield Community Kitchen.

Paula is survived by her husband of over 50 years, John W. Hanmann, and two daughters, Jennifer (Nick) Schaaf and Merrie E. Hanmann, all of Westfield.  She was the proud grandmother of Anne-Catherine, Bethany, Allyson, and Michael Schaaf.  She is further survived by her mother, Barbara M. Hunt of Westfield and her aunt, Barbara Jane (Richard) Schults of Canajoharie, NY. Paula’s loving siblings are Wende L. (Robert) Lampert of Deming, New Mexico, Donna M. (Rob) Kneer of Portland, NY, and Donald C. “Joe” Shepard of Westfield.  She is also survived by numerous nieces and nephews.

Friends may call at the Mason Funeral Home, 37 Clinton Street in Westfield on Thursday, November 1, 2018 from 12-2 pm, followed by funeral services there at 2 pm with Rev. Albert Clody officiating.  Private burial will be in Westfield Cemetery.

Log on to www.masonfuneral.com to leave a message for her family or for further information.

To send flowers to the family or plant a tree in memory of Paula Hanmann, please visit Tribute Store
Thursday
1
November

Look inside to read what others have shared
Family and friends are coming together online to create a special keepsake. Every memory left on the online obituary will be automatically included in this book.
View Tribute Book
Share Your Memory of
Paula
Upload Your Memory View All Memories
Be the first to upload a memory!
Share A Memory
Send Flowers