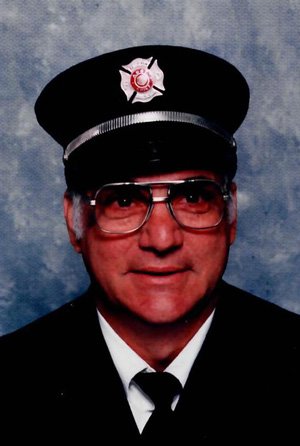 Please share a memory of Theodore to include in a keepsake book for family and friends.
View Tribute Book
WESTFIELD - Theodore C. "Ted" Marsala, age 74, of Westfield, a loving husband, father, grandfather, brother and friend, passed away on Tuesday, August 14, 2018 at St. Vincent Hospital of Erie, PA, with his family by his side, following a courageous, but brief battle with Cancer. Ted was born on April 25, 1944 in Westfield, NY, to the late Charles and Eva Marie (Bonorato) Marsala. A Westfield resident all his life, Ted was a 1962 graduate of Westfield Academy and Central School (WACS). He had been the Manager of the former Deakin Grape Farms for 15 years. He was also a 30 year employee of WACS, where he retired in 2002 as the Buildings and Groundskeeper. In his retirement he had worked for the Eggert family and the Naeser family on their respective Grape farms. Ted was a dedicated and hard working man, who devoted his life to Family, Church and his Community. Ted was a very active member of the Westfield Fire Department for over 44 years, having joined the Department in March of 1974. He was a member and Vice President of the Cascade Hose Co. #1, where he had served as Lieutenant, Captain and ultimately Chief of the Department in 2000 and 2001. He spent over 26 years in the Rescue Squad as a Certified First Responder. Ted was honored as Firefighter of the Year in 2000 and Senior Firefighter of the Year in 2005. He was a member of the Westfield Fire Department Past Chiefs Assoc., and the Westfield Firemans Exempt Association, where he served as Vice President from 2009-2013 and as President from 2013-2015. He was also a member of the Southwestern Assoc. of Volunteer Firemen (SWAVF) who honored him in 2017 for 43 years of service, the Chautauqua County Firemans Assoc. and the NYS Fire Chiefs Association. Ted was also a member of St. Dominic Roman Catholic Church and the Fr. Daniel Early Council 3100 Knights of Columbus. He was active in his Church as an Usher, as well as serving as Cemetery Liaison and Superintendent for many years. He was also a longtime member of the Loyal Order of Moose Lodge #118 of Westfield where he was the Captain of the Moose Bowling team for many years. Ted had also been the proprietor (second generation) of TC Marsala and Son Sharpening Service and was well known for his specialized sharpening skills. He is survived by his wife of 49 years, Elena (Rinderle) Marsala, whom he married on August 2, 1969 in Erie, PA, and by his children, Leah (Richard) Marsala-Chase of Westfield, Thomas Marsala of Denver, CO, and Juli-Ann (Justin) Luther of North East, PA. Ted was the very proud grandfather of Ronald Theodore and James Thomas Luther, both of North East, PA. He is further survived by his sister, Mary Ann Ellington and by his brother, Paul Marsala, both of Westfield. Friends may call at the MASON Funeral Home, 37 Clinton Street, Westfield, NY, on Friday evening, August 17, 2018 from 7-9 PM and are invited to attend A Mass of Christian Burial on Saturday, August 18, 2018 at 11 AM at St. Dominic RC Church, 15 Union St. Westfield, with Msgr. Albert Clody officiating. Burial will be in St. James Cemetery. Memorials may be made to the Westfield Firemens Exempt Assoc., PO Box 215 or to St. Dominic RC Church, 15 Union St., both in Westfield, NY 14787. Log on to ww.masonfuneral.com to send the Marsala family a message of sympathy, to light a Memorial Candle or for further information.
To send flowers to the family or plant a tree in memory of Theodore Marsala, please visit Tribute Store
Thursday
1
January

Look inside to read what others have shared
Family and friends are coming together online to create a special keepsake. Every memory left on the online obituary will be automatically included in this book.
View Tribute Book
Share Your Memory of
Theodore
Upload Your Memory View All Memories
Be the first to upload a memory!
Share A Memory
Send Flowers