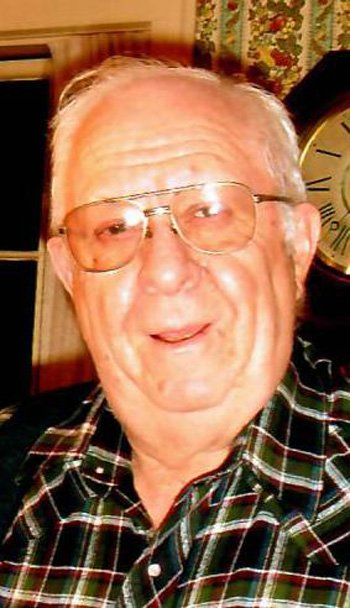 Please share a memory of David to include in a keepsake book for family and friends.
View Tribute Book
WESTFIELD - David R. Eggert, age 81, of South Gale St., Westfield, died Monday, August 6, 2018 at UPMC-Hamot Medical Center of Erie, PA following a month long battle with injuries sustained in an automobile accident. David was born on October 29, 1936 in Jamestown, NY, a son of the late Albert R. and Emma M. (Wilson) Eggert. A long time resident of Westfield, David was a 1954 graduate of Westfield Academy and Central School and received his Degree in Agricultural Engineering from Alfred State College in 1958. Upon graduation, he began employment with the John Deere Company as a Field Service Engineer with the Syracuse office. He was responsible for over 80 dealers in Pennsylvania, Western New York and Southern New Jersey. In 1959 he had the privilege of instructing hundreds of Dealers and their employees about the massive company change over from the Two Cylinder Engine Tractors to the "New Generation of Power". During this time, David was based in Williamsport and Titusville, PA, before becoming the John Deere Dealer in Westfield in 1962. Dave had been a member of the NYS Dealers Association and served as the President of the WNY Division. David had been very active in the Westfield Community. He was a member of St. Peter's Episcopal Church, where he served on the Vestry and had been the Warden for many years. He had also been a member of the Cascade Hose Company No. 1 of the Fire Department of Westfield, where he served in almost every capacity starting as a Fire Fighter, then Line Officer and finally serving as Department Chief from 1976-1977. He was instrumental in the organization and construction of the current fire hall on Clinton St. He had also been the department Training Officer, was a charter member of both the Chautauqua County Fire Investigation Team and the County HazMat Team. He was a member of the Westfield Fireman's Exempt Association and the Chautauqua County Fire Chief's Association. He was also a former member and charter member of the Westfield Kiwanis Club, and had served as a Village Trustee and the Deputy Mayor for the Village of Westfield. He was honored as Citizen of the Year on 1978 by the Westfield Chamber of Commerce. Having been raised on a farm with horses and then eventually tractors, it was only natural to acquire Pure Bred Belgian Draft Horses. David and his horses were often seen carrying the former Deutschmeister Band on the famous Albertina Trolley in many parades and community functions as well as providing rides for family and friends. He was an avid member of the Stateline Draft Horse Club and helped the club provide Horse Drawn Rides at the Chautauqua Institute for over 22 years. David was a successful grape farmer and has entrusted his legacy to the capable hands of his son Brad to carry on with the vision and hard work of his grape farm. In his retirement, David greatly enjoyed visiting area farmers and friends, assisting them in all aspects of farming especially with the machinery. Throughout the 1980's and 1990's, David had a passion for, and enjoyed hosting "Old Time Barn Dances" with his loving wife, Beebe. The Eggert Barn Dances brought joy to many people, both young and old. He is survived by his wife of 59 years, Beebe (Barnes) Eggert, whom he married on April 4, 1959, and by his two sons, Bradley Eggert of Westfield, and Dean Eggert of Dunkirk. David was the proud grandfather of Rylee Ann Eggert of Westfield. He is further survived by his sister, Betty Reid, also of Westfield. He was preceded in death by his three sisters, Grace Kunow, Edna Germain, and Alice Deakin, as well as by his brother, James Eggert. Friends may call on Friday, August 10, 2018 from 2-4 & 7-9 PM at the MASON Funeral Home, 37 Clinton Street, Westfield, NY and are invited to attend the Funeral Services on Saturday morning, August 11, 2018 at 10 AM at St. Peters Episcopal Church, 12 Elm St., Westfield, NY with Rev. Virginia Carr officiating. Private burial will be in Westfield Cemetery. Memorials may be made to the St. Peter's Episcopal Church Endowment Fund, 12 Elm St., or to the Fire Department of Westfield EMS Memorial Fund, 23 Elm St., both in Westfield, NY 14787. Log on to www.masonfuneral.com to send the Eggert family as message of sympathy, to light a Memorial Candle or for further information.
To send flowers to the family or plant a tree in memory of David Eggert, please visit Tribute Store
Thursday
1
January

Overflow parking for the David Eggert Funeral at St. Peter's Episcopal Church will be in the back of Moore Park. Enter via Elm St. or McClurg St.
Online Memory & Photo Sharing Event
Online Event
About this Event

Look inside to read what others have shared
Family and friends are coming together online to create a special keepsake. Every memory left on the online obituary will be automatically included in this book.
View Tribute Book
Share Your Memory of
David
Upload Your Memory View All Memories
Be the first to upload a memory!
Share A Memory
Send Flowers