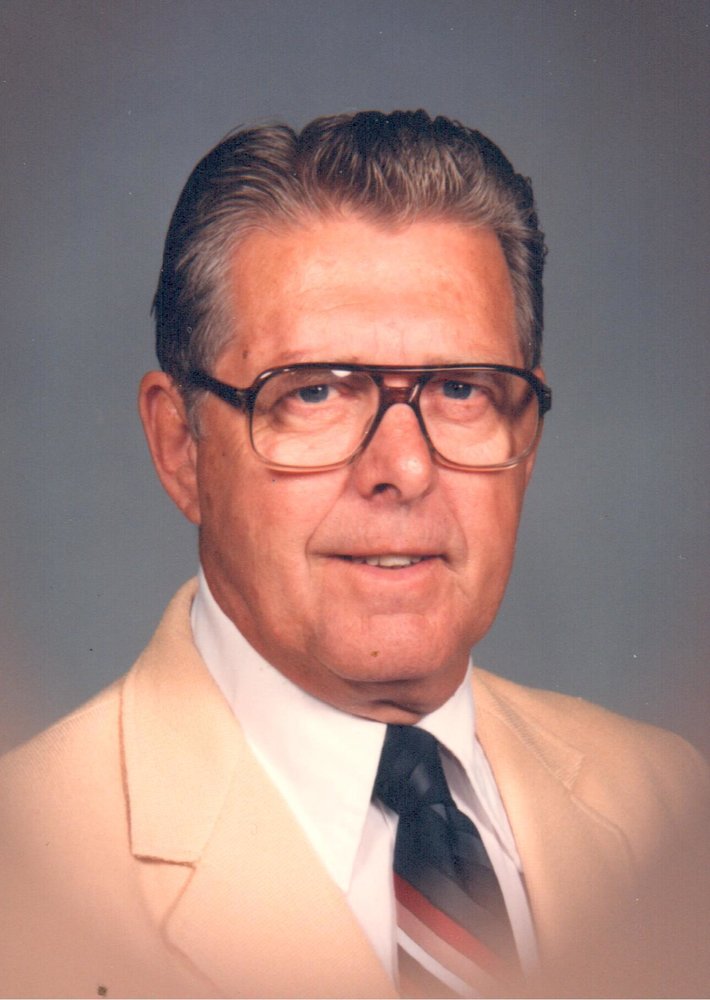 Please share a memory of Vincent to include in a keepsake book for family and friends.
View Tribute Book
WESTFIELD –Vincent L. Rothwell, age 91, of Camelot Dr., Westfield, died Wednesday, June 1, 2016 surrounded by his family at home in Westfield following a brief illness. Vincent was born on March 11, 1925 in West Portland, NY a son of the late Noah and Mildred (Thomas) Rothwell. Raised in Mayville and Elm Flats, Vincent was a 1941 graduate of Mayville High School and joined the US Army Air corps in 1943 where he trained to be a turret gunner on the B-24 Bomber in Europe. He returned to the US to be trained on the B-29 when he was reassigned to become a Personnel Sergeant. He was discharged in 1946 and returned to Mayville where he met the love of his life, the former Betty Pickard, from Dewittville; they married on October 7, 1946. While back in Mayville, he returned to his pre-war jobs at Klings Furniture and Chautauqua Malted Milk Plant. In 1947 he took advantage of the GI Bill and graduated from Houghton College in 1952 while taking a student charge church in Florence Station, IL Later he graduated from the Evangelical Theological Seminary of Naperville Illinois in 1955. His first assignment as Pastor was in Warren, PA from 1955-1957. In 1957 he reentered the US Army and became an Army Chaplain and was stationed in Revenna Arsenol, Cleveland and then Hawaii with the 25th Division. He was then assigned to Ft. Meyers, Arlington National Cemetery and was honored to have presided over 1500 soldier's funerals. In 1968 he was sent to Viet Nam for a year, again with the 25th, and returned to Fort Belvior, VA. While in Virginia he received his Master of Education from the Presbyterian School of Christian Education and retired from the Military at Ft. McClellan in Alabama as Senior Chaplain having attained the rank of Lt. Colonel following 22 years of service to his country. Vince and Betty returned to Westfield in 1984 to enjoy retirement and family. However, Vincent remained active in his calling and assisted at the Westfield United Methodist Church and taught an adult Bible class for many years. He retired from active ministry after 40 years. A civic minded person, Vincent was on the executive committee of the Chautauqua County Jail Chaplaincy and was elected a Westfield Village Trustee serving from 1990 until 1994. In 1995 then Mayor William Christ asked Vince to "fill in" as Village Clerk for 6 months, a request Vincent responded to quickly with a yes! He had also been the Westfield Fire Dept. Chaplain for many years. Mayor Christ declared October 6, 1995 as "Vincent L. Rothwell Day" in the village of Westfield. Vincent was a member of Loyal Order of Moose Lodge # 118, the John W. Rogers Post 327 American Legion, and the Wm. P Jackway Post 6764 VFW all of Westfield and was a member of the Erie Conference of the United Methodist Church. He is survived by his wife of 69 years, Elizabeth M. (Pickard) Rothwell , his daughter: Lucinda Kolpien of Westfield, NY and his three sons: Douglas Rothwell of Westfield, Donald Rothwell of Syracuse, NY and Dickson Rothwell of Fayetteville, NY. He is further survived by his 12 Grandchildren, 22 Great Grandchildren and by his brother, Keith Rothwell also of Westfield, NY He was preceded in death by his 2 Grandsons, David and Jonathan Rothwell, his 3 brothers, Roger, Wayne and Gordon Rothwell, as well as by his sister, Louise Rothwell. Friends may call at the MASON Funeral Home, 37 Clinton St., Westfield, NY on Sunday, June 5, 2016 from 4-7 PM. At Vincent's request all other services will be private. Memorials may be made to the Dewittville-Hartfield United Methodist Church. Log on to www.masonfuneral.com to send the Rothwell family a message of sympathy, to light a memorial candle or for further information
To send flowers to the family or plant a tree in memory of Vincent Rothwell, please visit Tribute Store
Thursday
1
January