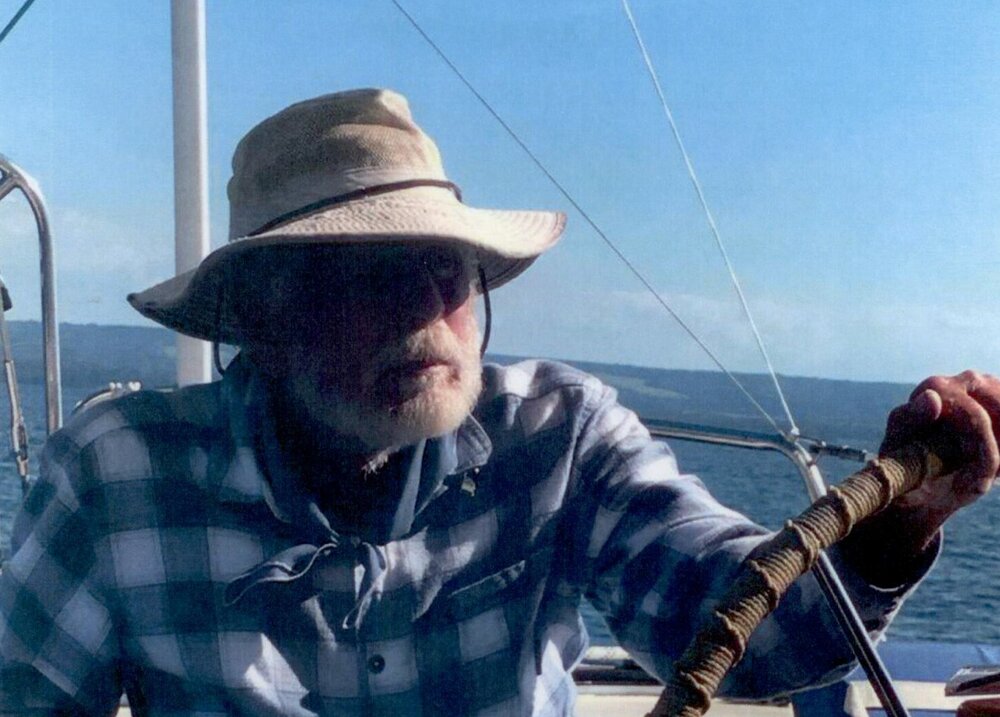 Walter W. Piersol, 80, of Westfield, NY passed away peacefully at home on September 1 st after a brief
illness. Walter was born on November 27 th , 1941 in Erie, Pa., the son of the late Dr. Walter W. and Ruth
(Geisler) Piersol.
He graduated from Academy High School in Erie, Pa. He continued his education at the Rochester
Institute of Technology, earning a Bachelor degree in 1964 and a Masters degree in 1965 in Graphic
Design. Walter worked for the Dunkirk Area School District as an art teacher with thirty years of service,
retiring in 1995.
Walter was an avid sailor who designed, built and restored several boats over the years including his
prized “Ardea” that he designed and built with the help from his nephew James. He enjoyed multiple
international sailing excursions including sailing across the Indian Ocean. Beyond sailing his other
passion was art and Walter was a gifted artist and sculptor who worked in a multitude of media. Walter
was able to marry his joy of sailing with his art and had many pieces of his works exhibited at the
Maritime Gallery at Mystic Seaport for several years in addition to a multitude of local and regional
exhibitions. Of course, to his great nieces and nephews he will always be known for his incredible
firework displays on the fourth of July at the family cottage on Lake Erie.
He leaves behind to cherish his memory his wife of 51 years, Francine (Grehl) Piersol. In addition to his
wife he is survived by his sister-in-law, Frances (Kay) Piersol, a niece, Michele (Peter) Piersol Lawson of
Fairview, Pa. and nephews, James J. (Anne) Piersol of Northeast, Pa., Scott (Ranae) Grehl of Fort
Lauderdale, FL, Michael Grehl of San Diego, CA, Kenton Langstroth and Blair (Andrea) Langstroth of Fort
Lauderdale, FL.
A private service for Walter was held on Wednesday, September 7, 2022 at the Gate of Heaven
Cemetery in Erie, Pa.
The family wishes to extend their gratitude to the Westfield Fire Department and Emergency Squad,
memorial contributions in Walter’s memory may be made to this organization.
Arrangements have been entrusted to the Mason Funeral Home, 37 Clinton St. Westfield, NY.
Please share condolences and remembrances at www.masonfuneral.com.