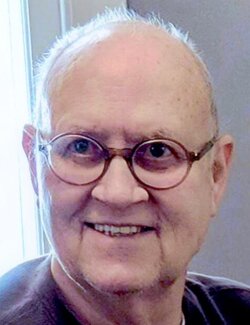 Please share a memory of Jerry to include in a keepsake book for family and friends.
View Tribute Book

Jerry W. Hawks, 73, of Westfield, NY and Palm Coast, FL passed away on Monday, September 6, 2021 at
St. Vincent Hospital in Erie, PA following a long battle with cancer.
He was born on April 10, 1948 in Jacksonville, IL the son of James and Phyllis (Murphy) Hawks. He
married Megan Mathews on August 21, 1971 at St. James R.C. Church in Westfield.
Jerry was a 1966 graduate of Venice High School in Venice, FL. He earned a Bachelor of Science Degree
in Computer Science from Jones College in Jacksonville, FL. He landed his dream job working for the PGA
Tour as the Director of Information Systems in Ponte Vedra, FL, a position he held for more than twenty
years and thoroughly enjoyed.
Jerry was an avid sports fan, who you could always find cheering on his favorite baseball team the St.
Louis Cardinals, as well as the Florida Gators and the Jacksonville Jaguars.
Survivors include his loving wife of fifty years, Megan Hawks; a daughter, Brennan (Cheyenne) Ledyard
of Summerville, SC; a son, Jeremy Hawks of Charleston, SC; three grandchildren, Mattie Jane, Marshall
and Hudson Ledyard; a sister, Mary (Cliff) Hawks of St. Augustine, FL; two brothers, James (Nita) Hawks
of Mackinaw, IL and Timothy (Tina) Hawks of St. Augustine, FL; a step-sister, Debbre (Jim) Hawkins of
Kalispell, MT; a brother-in-law, Kelly Mathews of Westfield; two sister-in-law’s, Julie (Ray) McGill of
Stow, NY and Marci (late Pete) Coe of Palm Coast, FL; he is also survived by many nieces & nephews.
He was preceded in death by his father, James Harold Hawks; mother, Phyllis Murphy Hawks Crow; and
stepfather, Robert Crow.
As per Jerry’s wishes services will be private. In lieu of flowers, memorials may be made to the Westfield
Fire Department Rescue Squad, 20 Clinton St. Westfield, NY 14787, or a charity of your choice in his
honor.
Arrangements have been entrusted to the Mason Funeral Home, 37 Clinton St. Westfield.
Please share condolences at www.masonfuneral.com

To send flowers to the family or plant a tree in memory of Jerry Hawks, please visit Tribute Store
Online Memory & Photo Sharing Event
Online Event
About this Event

Look inside to read what others have shared
Family and friends are coming together online to create a special keepsake. Every memory left on the online obituary will be automatically included in this book.
View Tribute Book
Services for Jerry Hawks
There are no events scheduled. You can still show your support by sending flowers directly to the family, or planting a memorial tree in memory of Jerry Hawks.
Visit the Tribute Store
Share Your Memory of
Jerry
Upload Your Memory View All Memories
Be the first to upload a memory!
Share A Memory
Send Flowers