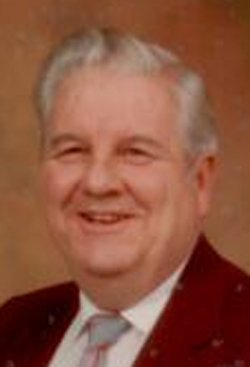 Make Donation
Plant a Tree
Share this Tribute:
Share Obituary:
Share Your Memory of
Glenn
Upload Your Memory View All Memories
Be the first to upload a memory!

Glenn held many positions through the years. He sold insurance for Prudential for more than 10 years, then he changed companies and worked for American General for a period of time. He switched occupations completely and joined the Norfolk & Southern Railroad as a crossing guard. Glenn also served as the tax assessor for Ripley, NY for many years. His final job was working at Asbury House in Erie, Pa.

Glenn was a member of St. Dominic’s RC Church in Westfield, the Jamestown Harmony Express, where he sang lead for more than twenty years. He volunteered at Westfield Absolut Care as an Ombudsman (patient advocate) for many years. Glenn’s life and work have touched all of us and we will miss him greatly. In his free time, he enjoyed gardening, bowling, and being surrounded by his loving family.

Besides his parents he was preceded in death by a brother, Ralph Pratt, a sister Norma Zimmerman and an infant daughter.

As per Glenn’s wishes services will be private. The family suggests memorial contributions in Glenn’s memory to the Northern Chautauqua Canine Rescue, 7540 N. Gale St, Westfield, NY 14787, or charity of choice.