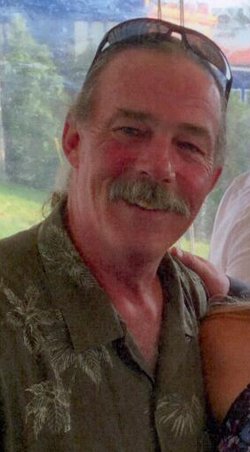 Please share a memory of Michael to include in a keepsake book for family and friends.
View Tribute Book

Michael W. “Mike” Burns, 57, of Tavernier, FL and Bemus Point, NY passed away unexpectedly on Friday, April 9, 2021 at the UPMC Hamot in Erie, Pa. There were few people who lived a more passionate life than Mike. He loved his family, his friends and his work. He will be dearly missed by all.

Mike was born on April 16, 1963 in Tonawanda, NY, the son of the late James and Judith (Groat) Burns. He grew up in Bemus Point and graduated from Maple Grove High School, “Class of 1981”, where he played football and basketball. As an adult, he lived in Jamestown, Barcelona and the Florida Keys before returning to Bemus Point. He was a contractor and over the years he mastered many aspects of construction. He found the most joy in taking older, dilapidated structures and turning them into exciting, beautiful living spaces. He excelled at this process, bringing the touch of both the craftsman and the artist. Those who knew Mike often got tours of his latest project, with full explanations of the problems involved and how he planned to solve them. Mike loved to show off the finished product.

While Mike loved his work, his greatest priority was always family and friends. He was devoted to his  wife of 31 years, Cindy (Mattison) Burns. Together they raised two terrific children, the late Patrick and Kirsten (Nick Schrantz) Burns. Mike was fiercely loyal to his siblings Terri (Barry) Oste, Tim (Connie) Burns and Dan (Linda) Burns, also survived by many nieces and nephews. He was a fantastic friend, someone who would not only do anything for you, but often do more than you expected. He loved golf and was an ardent fan of the Buffalo Bills and the University of Central Florida, where his daughter graduated. To Mike, there were no strangers; he could start talking to someone he had never met and in a few minutes, they were carrying on like long lost friends. He frequently did small acts of kindness throughout the community and unless you were there to see it, you never knew about it. That was just the way Mike was, he valued relationships above everything else. The world was a little more friendly, a little more kind and certainly more fun with Michael in it.