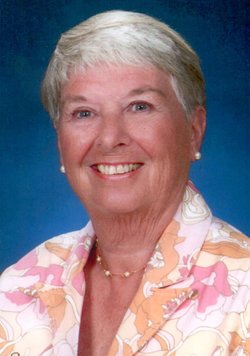 Please share a memory of Beverley to include in a keepsake book for family and friends.
View Tribute Book

October 1, 1932 to March 27, 2021, passed away of natural causes peacefully at her residence at Garden Gate Healthcare Facility

in Cheektowaga, NY at the age of 88. Formerly of Westfield, NY Beverley is survived by her beloved husband of 62 years, David L.

Beach, FL. Beverley was predeceased in death by her parents Dana V. and Anita M. Moon of Millcreek, PA, and Brother Thomas

Moon of Milwaukee, OR. Beverley was a 1952 graduate of Millcreek High School in Millcreek township PA, where she was active

in Girl Scouts, YTeens and was an accomplished baton twirler with the school’s majorette team. She earned her Bachelor of Science

degree in physical education from Slippery Rock State Teachers college in 1956. She again was active with the Girl Scouts while in

college and spent her summers working as a lifeguard at Presque Isle State Park in Millcreek, Pennsylvania. Upon graduation, she

coached gymnastics and the girls’ volleyball team. Her late uncle Alan Tripp, was her mentor and the boy’s physical education

teacher, football and baseball coach at Westfield. Beverley met her husband David in the spring of 1958 after accepting an invitation

the New York State Police. After a short courting, later that summer on August 1st, the two were wed before the late Reverend Alan

Gripe at the first Presbyterian church of Westfield and were received by friends and family at the Westfield YMCA home. The two

honeymooned in Niagara Falls and traveled throughout New England before making their home on East Main in the Village.

Beverley served on the YWCA board of directors in Westfield and was instrumental in the start-up of Welch Field, its pool facilities,

recreational programs and supervised the lifeguards during the first year of operation. She continued her post graduate education at

Ithaca College and NYU where she attended the 1960 Summer Olympic Games in Rome while studying abroad in England and Italy.

where she managed the pool and tennis court facilities until the operation went bankrupt in the late 70’s. Later in 1990 she was asked

disabilities. During her free time, Beverley relished weekend picnics with family and friends traveling to locations at state parks in New

York and Pennsylvania. She was well known for her pie baking and enjoyed an active outdoor lifestyle of camping, canoeing, cross

country skiing and spending summers with family at her parent’s remote, water access only cottage at Brule Lake in Eastern Ontario,

Canada. She and David also had great fun square dancing and were long time members of the “Rotund Squares Dance Club” of

The two also made holidays and friends while traveling to Central America, Africa, Europe, Scandinavia, and the British Isles.

Beverley and David made a lifetime of friendships from hosting an AFS student in 1980 with their Austrian AFS Son, Thomas Vallazza.

Beverley was also an accomplished seamstress, enjoyed painting, knitting and in her later years was adept at quilting. Her home on

with nautical themes and decorations and mementos from her trips to sea shores and lighthouses throughout the United States.

The family sincerely thanks her caregivers at The Amberleigh, Eden Heights and Garden Gate for her care.

To send flowers to the family or plant a tree in memory of Beverley Carr, please visit Tribute Store
Print
Thursday
1
April