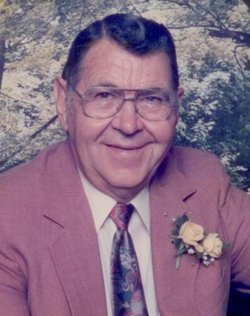 Obituary of Ralph A Wakeley

Please share a memory of Ralph to include in a keepsake book for family and friends.
View Tribute Book

Ralph A. Wakeley, 93, of Westfield, NY passed away on Thursday morning March 4, 2021 at his home with his family at his side.

In addition to his parents and his wife of seventy years Gloria E. Wakeley, he was preceded in death by two brothers, Vernon and Clarence Wakeley and a grandson, PVT Jason Rupczyk.

A Westfield area resident most of his life. Ralph and his wife ran Wakeley’s Wishing Well Fruit Farms, specializing in Tree Fruit and Grapes, retiring in 1997. He also was employed by the U.S. Postal System in Westfield, NY for a number of years. Ralph was a WWII Veteran having honorably served in the U.S. Army as a medic in the Philippines, receiving the WWII Victory Medal and the Army of Occupation Medal. He was a life member of the Mayville VFW Post 8647, where he was a past commander, chaplain and played Santa Claus for more than fifteen years. His other memberships included being a former member of the Westfield and Ripley Grange, also the Westfield Senior Citizens.

Ralph’s wishes were for all services to be private.

Memorial contributions in Ralph’s memory may be made to the Mayville VFW Post 8647, 10 Memorial Dr, Mayville, NY 14757.

To share a condolence or a remembrance with the Wakeley family go to www.masonfuneral.com.