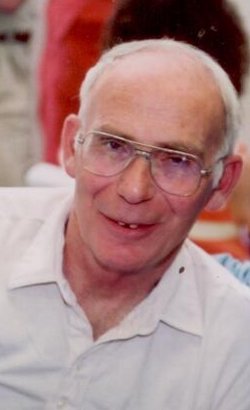 Walter D. “Dan” Bowser, 77, of Westfield, NY passed away on Sunday morning February 28, 2021 at his residence with his family at his side.

He was preceded in death by two brothers, James and Wayne Bowser, two sisters, Eileen Buss and Mary Etta King.

Dan was a 1961 graduate of Beaver Falls High School. He worked as machinist at Renold Ajax in Westfield, NY retiring with more than 40 years of service.

He was very active in the West Portland Baptist Church, he loved to garden and was known for his vegetables, sun flowers and raising his own chickens. Dan enjoyed the outdoors, he loved to hunt and being at his camp in Ellery, NY. He especially cherished spending time with his family.

A Memorial Service will be held on Friday, March 5, 2021 at the West Portland Baptist Church, 7081 E. Rt. 20 in Westfield at twelve o’clock (noon). His Pastor Charlie Robertson will officiate. Interment will be private. In lieu of flowers, memorial contributions in Dan’s memory may be sent to the W. Portland Baptist Church or the Brocton-Portland Food Pantry.

To share a condolence or remembrance with Dan’s family go to www.masonfuneral.com.

To send flowers to the family or plant a tree in memory of Walter Bowser, please visit Tribute Store
Print
Friday
5
March