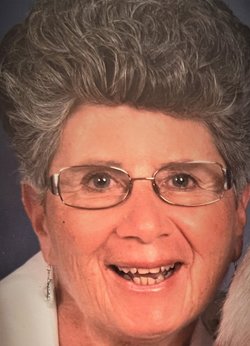 June Marie (Ressler) Beers, 71, of 61 Union St., Westfield, N.Y., passed away Sunday morning, Jan. 24, 2021, at her home after
a courageous battle with ovarian cancer surrounded by her loving family. June was born Nov. 26, 1949 in Mayville, N.Y., the
daughter of the late Richard and Eleanor Gervasi Ressler.
She attended Mayville High School, where she graduated in 1967. She continued her studies at the Fashion Institute of Technology
in New York City. After graduating from FIT she returned to the area where she married Sheron David (Crow) Beers in 1969.
June and Crow raised three boys in Westfield and were extremely active in many local sports, civic and church events. After her
boys had grown and were in school, June returned to school going to Jamestown Business College where she attained a degree in business. June then took a job as a teller at Goldome Bank on Main Street in Westfield. After Goldome was absorbed by Key Bank of
New York she worked there for many years as a teller, interacting with many in the Westfield community. June was an active member of the Key Bank Community Outreach program where once a year the staff would go out into the town and engage in civic minded activities to improve the village. June was a member of Saint Dominic’s Roman Catholic Church, formerly Saint James’ Major Roman
Catholic Church where she taught CCD (Sunday school) for several years in the 1980s. June also served as president of the Westfield Little League in the 1980s where she oversaw the complete tear down and reconstruction of the Little League field by soliciting time, money, equipment and volunteers from the entire community.
June had a wonderful tradition with her children during Christmas time of painting their big picture window that faces out onto Union Street with festive holiday scenes. It became a beloved Christmas tradition to drive by and see what the window would have on it each year at Christmas. She was an avid and keen fan of most sports, but especially of the Buffalo Bills. June and Crow took great joy in their retirement travelling and cruising to various locations around the Caribbean with their friends, and even planned and orchestrated two different entire family vacations where they all spent time together in Hawaii, and then just a few years ago on a long cruise to the Dominican Republic and Turks and Caicos. She and Crow took many trips to the West Coast to visit their son and she loved to be on the road to a new adventure, or to support their granddaughters sporting, dancing and cheer events. June took
great pride and interest in all her boys sporting events and activities. Whether it was a football game, wrestling match, chorus concert
or a play, June and Crow were sure to be there cheering their boys on in all they did.
In 2002, after June and Crow retired, they joined the tradition enjoyed by many people here in the snow belt and began spending their winters in Fort Myers, Fla., where they took up and enjoyed golfing, shuffleboard and other sun kissed activities. They retained close friendships with many people in both New York and Florida, and always looked forward to spending the cold winter months in warm, sunny Florida.
June is survived by her husband of 51 years,Sheron David (Crow) Beers; her three children: Jason (Marcus Laxamana) of Los Angeles, Jay (Alesa Brown Beers) of Westfield and Jesse (Amy Wickham Beers) of Fredonia; as well as three granddaughters, Emily Beers of Westfield, and Kazlin and Rylee Beers of Fredonia. She is further survived by her brother, Richard Ressler of Westfield; as well as many beloved nieces and nephews.

Friends may call at the Mason Funeral Home, 37 Clinton St., Westfield, on Tuesday, Jan. 26, 2021 from 6-9 p.m. A Mass of Christian Burial will be celebrated on Wednesday, Jan. 27, 2021, at 11 a.m., at St. Dominic's Roman Catholic Church, 15 Union St., Westfield. Please assemble at the church. Interment will be in St. Dominic’s Cemetery, Westfield.
To share a condolence or remembrance with June’s family go to www.masonfuneral.com.

To send flowers to the family or plant a tree in memory of June Beers, please visit Tribute Store
Print
Tuesday
26
January