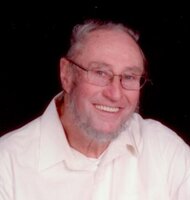 He was born in Westfield, NY on November 11, 1937 the son of the late Albert and Dorothy (Walker) Cochran. On August 23, 1958 he married Anne M. Raynor at the First United Methodist Church of Westfield.

In addition to his parents, he was preceded in death by a sister, Susan Franklin and two brothers, Clebert and William Cochran.

David was a 1955 graduate of Westfield Academy and Central School, served his country in the U.S. Navy from 1955-1958. He retired as the highway superintendent for the Town of Westfield after 41 years of service.

He was a lifelong Westfield resident, whose memberships included the First United Methodist Church of Westfield. At the time of his passing, he was the oldest active member having joined the church on April 13, 1952, the Westfield Volunteer Fire Department for 43 years, Loyal Order of Moose, VFW, American Legion, Chautauqua County Highway Superintendent Association, a former president, lifetime member of the Fish and Game Club, Chautauqua Cruisers, Southern Tier Classic Chevy Club and Chautauqua Antique Club.

David enjoyed camping, NASCAR, country western music and most of all spending time with his family. He was very active in his children’s and grandchildren’s many activities and sporting events.

Memorial contributions in David’s memory may be made to the First United Church of Westfield, Shriners Hospital for Children, 1645 W. 8th St, Erie, Pa 16505 or St. Jude Children’s Research Hospital.