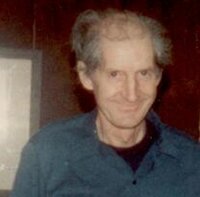 Chuck was one of the last remaining WWII veterans having served in the U. S. Army from 1945-1947. He managed the Vine City Dairy in Westfield for many years and retired from Welch’s.

Friends may call at the Mason Funeral Home 37 Clinton St. Westfield on Saturday, September 4, 2021 from 10 AM – Noon, where a Celebration of Chuck’s Life will be held at 12 O’Clock. Pastor Suzanne Block will officiate. Interment will be private at the Westfield Cemetery.